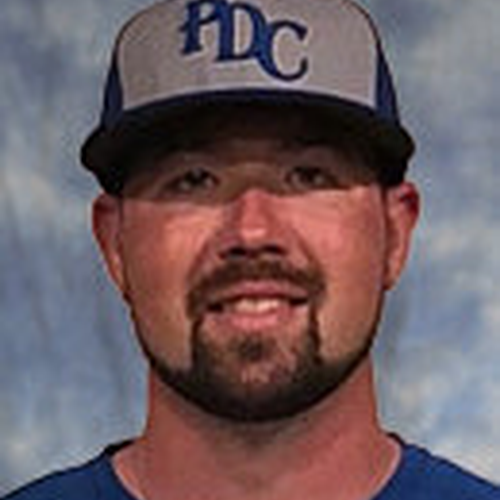 Round Table Panel Talk on Hitting

Coach Matthews served as the hitting coach at Paul D Camp Community College (Franklin, Virginia) during the 2019 season. Matthews directed all aspects of the Hurricanes’ offense, serving as the hitting and third base coach, while also assisting with infield play and recruiting efforts. While under the leadership of Coach Matthews, the Hurricanes developed into one of the top offensive teams in the region leading to a 30-16 record and a #2 seed in the NJCAA Regional. The Hurricanes set several offensive records posting a .296 (avg) .423 (obp) .450 (slg) while hitting 37 homers in 46 games.

In the summer of 2018, Matthews was selected to serve as the hitting coach for the New Market Rebels of the Valley Baseball League. Behind a high powered offense that would lead the league in almost every major category, Matthews helped the Rebels capture the Valley League Championship in historic fashion. The Rebels finished the season on a 13-game winning streak that included a 6-0 record in the playoffs and a final record of 30-18.

​In 2013-2014, Matthews served as a volunteer assistant with Chowan University and was hired to be the head coach of the Carolina Freedom in the All-American Collegiate League. Matthews led the Freedom to a dominating 27-7 record, while once again leading the league in almost every offensive category and capturing the regular season and playoff championship.

Matthews also has relevant youth and high school coaching experience. The Ahoskie, North Carolina native began coaching at 20 years old in the Ahoskie American Legion program. During his time with the Ahoskie program, Matthews saw his teams win multiple championships, including a 2011 Tar-Heel State Championship, and a 3rd place finish at the 2013 regional playoff tournament.

Matthews served as an assistant coach at Hertford County High School from 2008 - 2014. Matthews was responsible for leading the player development programs as the head coach of the JV team while assisting with the varsity team as infield/hitting coach. During his time with the program, the HCHS won two conference titles and reached the playoffs each year while sending multiple student-athletes to college to continue their education and baseball career.

Matthews would move on to a similar role at Gates County High School during the 2015-2017 seasons, serving as JV coach and assistant hitting/infield coach. In November of 2017, Matthews took over the head coach position at Pasquotank County High School in Elizabeth City, North Carolina. In one season at Pasquotank, Matthews was able to bring a new culture to the program that included baseball facility upgrades, community involvement, and increased academic performance. Brandon also saw two of his players receive All-Conference honors.