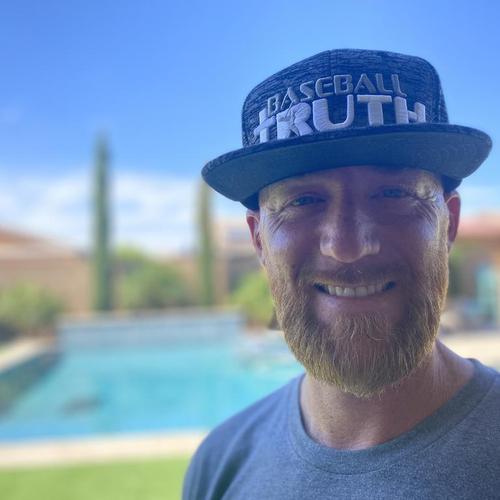 The Brutal Reality of Hitting- What is right? Who do I believe? What really gets on-field results?

Categories covered by this talk

The speaker is updating the description for this talk. Please check back here later.

Troy Silva grew up in Atascadero, California. He played both baseball and basketball in high school and pursued baseball at Cuesta College, a small junior college in San Luis Obispo. Troy played baseball there for two years before being drafted by the Atlanta Braves in the 1994 amateur draft. Instead of signing with the Braves, Troy enrolled at NAIA baseball powerhouse Lewis-Clark State College in Lewiston, Idaho. He played at L-C State for two years, including 1996 when he was a member of the NAIA national championship team and was named MVP of the NAIA regional tournament and NAIA World Series. In 1997, the Cleveland Indians drafted Troy in the 18th round. He played professional baseball for six years before being forced to retire in 2002 after two arm surgeries. After retirement, Troy joined his old college buddy, José Rijo-Berger, at Rijo Athletics, a baseball and softball training facility in Woodinville, Washington. He’s been there ever since, teaching players of all ages about hitting and fielding, and coaches and parents about how to teach and motivate their players and children. He has conducted over 30,000 lessons over the past 2 decades, helping thousands of kids achieve their goals of college and pro ball and is recognized nationwide as a leader in player and coaching development. Troy is a devout Christian and thankful for the unbelievable gift that God has given him to be able to teach players, coaches, and parents as his everyday job. He can now see God’s path and purpose for his life and why things happened the way they did. God didn’t create Troy to be a big-league baseball player, but He did create him to be a big-league influence in people’s lives, and Troy is extremely grateful for the opportunity. Troy’s goal in life is not to be a best-selling author but to honor God in all that he does. He tries to love others as more important than himself, which is definitely not easy to do. He prays that his actions are disciplined and that his flesh will never allow others to see an un-Christ-like example, giving them a reason to reject the love of God. Troy’s passion is to help people become better coaches, players, and parents. His hope is that this book will help people achieve whatever goals they have in hitting and life. May God bless your endeavor! Troy Silva Rijo Athletics (623) 556 – 7774 [email protected] Author of the Best Selling Book “9 Innings of Hitting” “Hitting is not a fashion show, it’s a battle!” – Chapter 4

If you'd like to get your brand in front of attendees contact us.
We use cookies This website (and some of its third-party tools) use cookies. These are important as they allow us to deliver an exceptional experience whilst browsing the site.